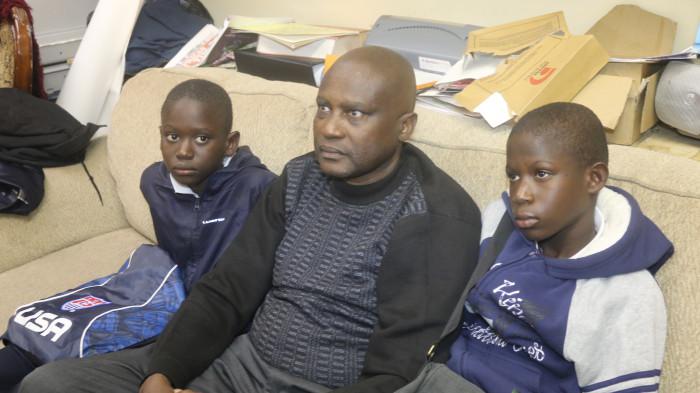 As the United States has seen its first confirmed cases of the Ebola virus on this continent, there has been a rapid and intense reaction to this malady. As many Americans have seen the levels of fear increase, a process of stigmatization and victimization of individuals somehow tied to this disease has likewise intensified. The targeted groups include Africans, especially from countries hardest hit by the disease, health care workers who have assisted in fighting the disease and anyone who has traveled to the continent.

This type of negative behavior was seen most starkly last week in the schools of New York City. On Friday two young Senegalese boys were attacked verbally and physically by classmates. In other incidents children from Africa have been called “Ebola” or told they are infected disease carriers by their peers.

The businesses owned by Africans in the city have also seen their traffic drop, especially the hair braiders and the restaurant owners.  Many of these businesses have no tie to any of the areas that are still laboring to control Ebola.

As the issue of Ebola has taken hold here, we have been hearing more and more distressing news about the victimization of people.  In Mississippi, we hear of a school principal who traveled to the Zambia for a funeral. After his return, he was asked to remain at home for a 21 day quarantine in an effort to mollify the parents of children in his school. We learn that in Connecticut, a Nigerian family was asked to keep their children out of schools for a time period because the town is not sure how to handle the concerns of other parents regarding the disease. The father decided to do what every American threatens to do when they feel wronged – he is suing the school system in the town.

The biggest problem with the reaction to the Ebola outbreak by people throughout the world is the lack of credible information, coupled to stereotypes about Africa and Africans. The fact that there is a seeming information gap has not been helped by the national medical authorities, the Center for Disease Control and the National Institute for Health, who have not been able to provide a concrete set of procedures for treating Ebola patients. The directives that they provide change often.

When action is taken, for example the procedures promulgated by the Governors of New Jersey and New York, the details are largely absent, creating a vacuum so that those involved in implementing the procedures are left to their own designs to carry out the orders. This is what many medical experts believe occurred in the case of the nurse returning from Africa, after helping alleviate the virus. Left in a room at the airport she was not given timely information about her situation, improperly fed and then upon arriving at the hospital was left in an isolation tent on the hospital grounds without a shower or other creature comforts.

New York City, a geographic and political entity that seemed to be the best prepared to handle Ebola cases should they be presented is now the flash point for criticism because of the lack of understanding regarding the path of the virus. The city’s health authorities along with local political leaders have provided detailed information about the virus in print, online and at a series of ongoing community meetings and town halls.

In the last few weeks, every borough has had at least one town hall type meeting with more to come. These meetings bring the best medical experts with direct experience in handling dangerous virus outbreaks, as well as legal experts to explain the rights of an individual symptomatic with Ebola as well as their family.

In a recent meeting at the Harlem State Office Building, the discussion centered on a number of issues. These included the intensity and spread of the outbreak, cultural beliefs, superstitions and political realities that are impeding the ability of various authorities to mobilize medical teams to fight the disease.

Although the civil wars and conflicts in Liberia and Sierra Leone are slowly receding into the past, the wars ravaged the medical infrastructure. It has been a slow and indirect path to get these facilities back to the standards needed to protect the people of these two nations. The lack of adequate capacity as well as lack of supplies has led to symptomatic individuals being sent home without any course of action to fight Ebola. Of late in one of the few bright spots, the Cubans have dispatched many doctors, nurses and support teams to the West African “hot zone”.

Cultural norms and traditions have led many people to fear medical personnel and treatments. In some rural areas, teams of support personnel have been attacked and killed when trying to urge people to accept doctors. In other locales, the trust of spiritualists to cure victims is stronger than the trust of a doctor or other trained medical professional, especially an American or European health professional.

The rates of literacy too, contribute to the inability of public health experts to inform the population about the infirmity. As such, many people are in denial about the virus.

One of the saddest parts of this situation is that many die alone without their family members able to nearby as the decline in an individual’s situation occurs. Even at the point where a funeral would normally take place, due to the life cycle of the virus, funerals have been halted with a near immediate cremation for bodies of the dead.

While the medical teams in Africa struggle to get ahead of Ebola, Africans and others marched last week from Times Square to the Dag Hammarskjöld Plaza across the street from the United Nations Headquarters to bring attention to bear on the crisis.

Sadly, the book is not closed on this situation and many medical experts indicate that it may be until the first quarter of 2015 before progress is made.