The “Vogue” of Patriotism? 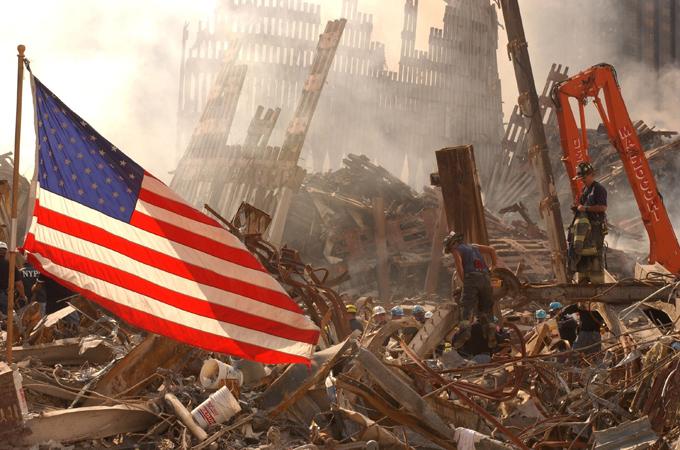 It seemed appropriate to talk about the “vogue-ness” of patriotism on this 15th anniversary of 9/11.  We all remember where we were and what we were doing on that life changing day.  Those of you who are “baby boomers” remember the sixties and seventies when “Make Love Not War” was the catch phrase of your youth.  Protests, sit-ins, Flower Power, peace signs, Woodstock, free love, bra burning, brightly colored Volkswagen buses, and of course, the hippie look (tied dyed T-shirts, bell bottom jeans, bare feet, head bands), avoiding the draft, not to mention the various ways people “expanded” their minds.  Headlines of the day were all related to Viet Nam (a “war” that never technically existed).  Due to the unpopularity of the war and America’s resentment of being in a conflict that wasn’t theirs, the service men who returned home were shunned and barely acknowledged.  They came home with PTSD, missing limbs, and the effects of Agent Orange (a chemical used to defoliate the jungle).  Showing patriotism was definitely not “in vogue.”  This horrified the veterans who had served their country proudly.  How could this happen?  How many lives lost in service to their country?  Blunders were made militarily following the end of the Viet Nam “police action” (although it really didn’t end except that American troops were recalled by then President Nixon in 1972).

Then came Desert Storm.  It seemed the American military was back to its old self – well-trained, well-executed, and precise.  It became okay to show support and patriotism again.  These soldiers received warm welcomes when they came home.  The Viet Nam vets remained isolated and felt even more forgotten.  Many of them were “dissed” for having served.  The wave of patriotism grew.  But what changed?  Yes, people questioned how transparent the government really was in the 60s and 70s when faith in the government was never a question in the 40s and 50s.  Youth challenged this total faith and the so-called “establishment.”  Was it that the baby boomers had simply matured?  Did life experience teach them that supporting their country was a good thing, blemishes and all?  All I know is that this change in attitude did not go unnoticed.

And then 9/11 happened.  Although Americans had not had violence on their soil since the Civil War and were overly confident it would never happen again, there were those who knew it would come to our shores over twenty years ago.  And those who knew we would become a country of minorities.  Now, we openly thank strangers for their service to their country.  We have built a museum and monuments to the fallen at 9/11.  We seem to go from one extreme to the other.  But we would be foolish to think this will not happen again.  It will.  We are patriotic, again, but still not ready to accept that 9/11 was not an anomaly.  Patriotism is not a “vogue” to be shown or not shown.  However, if we look at Europe, they do not build memorials for every attack.  Is it the American Way to overdo everything (no disrespect meant to the fallen and their families?).  Are we so naive to think the amount of terrorism will not become the same in the United States?  I hope that it does not.  However, I worry.  Regardless, showing support for your country should not be in or out of “vogue.”  We can recognize the faults of our government but we are still the best developed country to be in.  We have a lot of blemishes and inequalities, but we have the right to fight and change them.  We are on the precipice of some type of revolution as demonstrated by our present presidential election, but we must continue to support America (although not necessarily agree with everything that goes on and understand that a lot goes on behind the scenes we don’t know about).