The Recurring Issues for TransGenders

An issue not so complicated but always recurring: Why do we keep going “Back to the Future?” 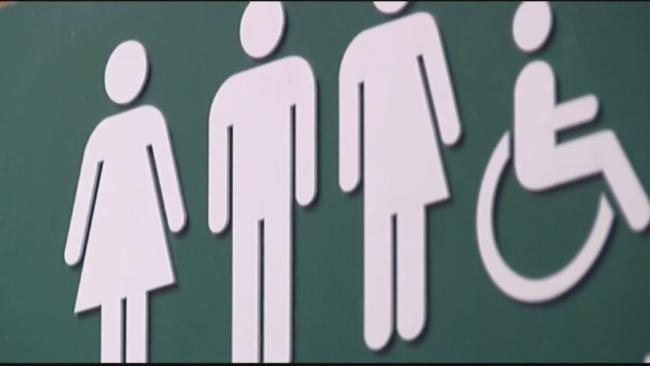 Question #1: Should transgender Americans always be allowed to use the restrooms where they feel the most comfortable?

Question #2: Is it discrimination when they’re forced to do otherwise?

Historically, bathrooms and civil rights go back to the Jim Crow era when water fountains and lunch counters were also marked with “white only” signs.  In addition, the bathroom has been a battleground for women and handicapped workers fighting for equal treatment.  After an uphill battle that took years, we treat handicapped facilities and baby changing stations (for both male and female parents, by the way) as though they have always existed.

However, transgender people have the added insult of people questioning their true identity on a more regular and deeper level than the average person who might have their age questioned when buying liquor or their ID checked at the airport.  So-called “bathroom bills” send the distinct message that what transgender people feel is not valid by mandating they use the bathroom that matches the sex on their birth certificate (a bureaucratic marker that is difficult to change).  Some even suggest that transgender bathrooms will promote the ability of sexual predators to get into female spaces.  So far, no evidence has emerged showing such fears are warranted.

In the meantime, transgender people are being teased and “quarantined” if they are students to use the unisex bathroom in the nurse’s office or the staff bathroom.  Adults have reported verbal harassment and some even report physical assault.  To avoid conflict, transgender people will often seek out unisex bathrooms that make them feel like they don’t belong in one space or the other.  The Department of Justice has ruled that denying bathroom access is a form of sex discrimination covered under the Civil Rights Act.

So, given the above history, reluctance to change and acceptance is nothing new nor is the fear-mongering rhetoric which is the wolf in sheep’s clothing trying to stop cultural change and hide underlying phobias.  As the saying goes, the names and faces may change, but the issues are always the same.  Cycles that seem to occur over and over and over.

So why do we keep going “Back to the Future?”