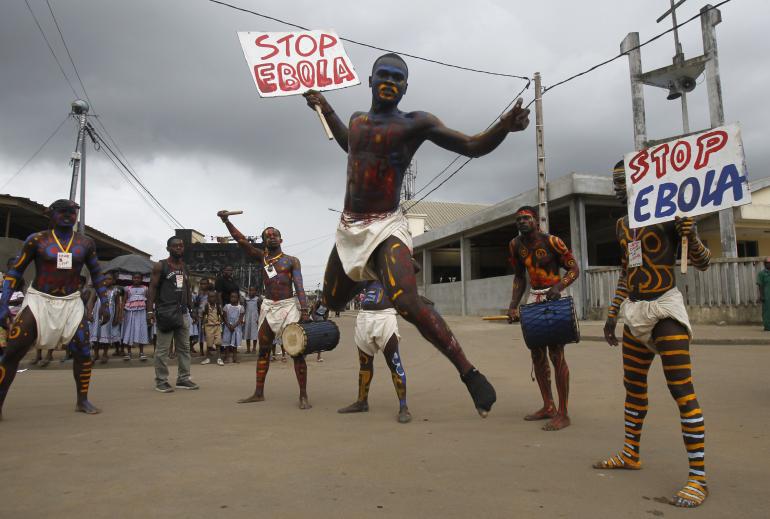 As we sat in front of our flat screen televisions watching the NFL games on Sunday we had something deep and dark on our minds. We were all wondering what will happen next with the Ebola Virus. We knew that Ebola had reached the United States. Some of us had images of Robert Neville (Will Smith) riding around a deserted Times Square in “I Am Legend”, while others thought of Matt Damon as Mitch Emhoff in “Contagion.”

We are told that the first person to bring the virus to the United States without telling anyone had “lied” during his exit interview from Liberia. The citizens of this country have already decided that he was exposed to Ebola and he did not tell airport authorities in Monrovia that he had that exposure. He then traveled to Brussels on his way to the America. Americans are angry at this man because they “know” that the only reason he traveled to the United States was to obtain superior medical care, something he could not receive in his native Liberia. Interestingly enough, he is not receiving any magical serums or the so called miracle cure- Z-Mapp. His medical status seems to go up and down - one day he is listed in serious condition and the next day he is listed as critical.

We are told he now faces legal entanglements on both sides of the ocean and he can face prosecution for his behavior. The President of Liberia, Ellen Johnson Sirleaf, appeared in an interview on Friday in which she stated that she was angry and incensed about this man’s behavior.  Shortly thereafter, Texas prosecutors began an investigation to determine the relevance of applying a law used against those infected with HIV/ AIDS who demonstrate reckless behavior.  Sadly, at this point this man known as “Patient – Zero” may not survive the next few days.

When he arrived in Dallas, Texas Patient Zero went to the apartment of his longtime partner and stayed with her. At first he showed no signs of the virus and then when he began to exhibit symptoms, he went to a local hospital and his partner told the medical staff that he had traveled from Liberia. For all of that he was sent home with antibiotics and as days passed his condition worsened. He was in a home with the woman, her children and her cousin. He was very sick by the time he was taken back to the hospital.

This Liberian man we are now being told, came here to marry his longtime partner. Perhaps he was sensing the feelings of helplessness and mortality we all feel at some point. Maybe he wanted to be with his partner if something were to occur, so he did not go through this trauma alone or maybe he was worried about this woman and her children.

When local authorities finally decided to quarantine the woman and her family, they seemed to stumble all over themselves. The family was left in an apartment with infected clothing and bedding. They had no food save for a few sandwiches provided by the locals. Neither the county nor the city were able to find a team to clean the apartment or remove the infected items.  “The individuals, it’s up to them … to care for the household,” Erikka Neroes of Dallas County health and human services told the Guardian Newspaper of the United Kingdom. “Our science tells us, according to CDC, that Ebola virus germs can be killed with soap and water … Dallas County has not been involved in a disinfection process.” We were left to wonder how that could be accomplished since the family was not permitted to leave the apartment.

I listen to the panic in the voices of my family and friends and I await the inevitable jokes made as flu season approaches.  I learn every day of the heartbreak of this disease – lack of beds in hospitals on the continent lead to fully symptomatic individuals being turned away to return home to die, thereby infecting everyone nearby. Containers of medical supplies sitting on piers in port cities because local customs authorities have not “cleared” these shipments. I watched with such a sense of desperation as a man stood by as his wife was driven away to a field hospital for treatment for Ebola and he could not hug or kiss her because she was ill. She had taken care of his mother as she died from the disease.  Later, he was taken to the same hospital leaving their three boys without parents. The woman recovered but shortly thereafter he died. The intensity and the randomness of this disease really makes me sit up and stay aware.

With all of this overwhelming sadness I see hope and resiliency. On Sunday I traveled to Staten Island. This was not a rally for or against NYPD or a news conference to explain why a local mosque was bullied into removing a picture of an airplane during Eid al - Adha.

The Liberian community living on Staten Island, one of the largest concentrations of Liberians outside of their country, had organized a gospel concert to raise funds to fight this scourge. This example of Liberians helping their own was refreshing and very motivating.  During a spirited church service, parishioners walked up to baskets again and again to drop some money into collection baskets. It did not matter if it was a single dollar as every donation counted. Many people in the church had suffered a personal loss due to Ebola.

Sitting here in Manhattan in my home, I find it hard to imagine such perseverance or strength on the part of a people but it is there. After years of debilitating civil war and the terrible losses that the conflict had brought to Liberia they were now faced with Ebola Virus. Yet they demonstrated to me the ability to endure and push on. When this epidemic is finally brought under control, I will remember that Sunday evening in that church on Staten Island as one of the victories in this war. I will also remember how privileged I felt to travel with them on this mission. I am even more proud to call them my friends.