Should We Be Questioning the Tried and True of the Red, White and Blue? 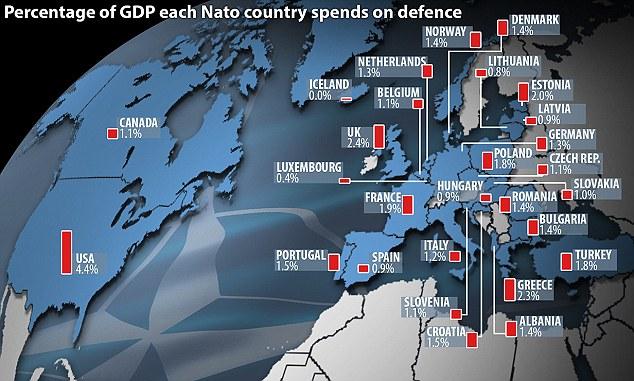 America, once emancipated from England, believed in isolationism, wanting no permanent alliance with any foreign country.  At the time, it made sense and was justifiable given the cost of freedom.  However, had we stayed that way we would not have been taken seriously as a country nor become a superpower.  There was a shared belief and political consensus that the costs and risks far outweighed the benefits of the US-Japan defense treaty, the North Atlantic Treaty Organization, US bases in South Korea plus the alliances to help stem the tide of aggressive behavior by both Russia and China, and don’t forget the threat of terrorism.

A tried and true system as collective security has been far more cost effective than doing everything on our own.  However, now the populace is being told by one of our presidential candidates that the US is paying the majority of the cost for NATO while wealthy allies pay almost nothing.  NATO is 67 years old; a long time for an alliance to be around.  While sitting presidents have shown a desire to pull out of alliances, the US being war weary and economically not performing as well, it does not change or reduce the destabilizing effect of attacks on long standing US security doctrine.  Are we setting ourselves up for disaster?

Opening the door might make more politicians use US alliances as an issue in both parties.  Stats right now reveal the following about the populace:

The Soviet threat no longer exists but the US continues to provide military protection to European and Asian nations whose relative wealth should shoulder more of the burden that the US is carrying.  However, it would be foolish to underestimate Putin (who seems to be trying to form a Soviet union again).  But let’s do this slowly and cautiously; we don’t know the future nor the ramifications of breaking these alliances.  You know the old saying, “Don’t throw the baby out with the bath water.”