Should We Be Looking for Encounters of a Third Kind? 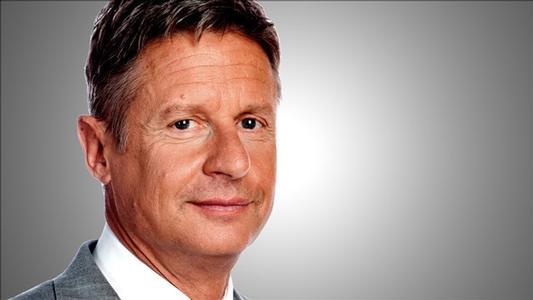 Yes, we are talking about “aliens,” but not the type that probably came to your mind.  We have already experienced a leader who used lists of “selected” people based on religion, race, political, and sexual orientation, creating fears in a population by blaming them for economic and other woes.  A potential leader of our country is now become infamous for making comments about Muslims and Hispanics with other groups singled out by religion, ethnicity, sexual orientation and physical appearance.  Patriotic tests are being touted for members of a particular religion as well as a call for a deportation force.  It is even suggested we build a wall to keep out another specific group of people.  And just to be clear, all these groups are being blamed for bringing down our country.  I’m not sure exactly who the “alien” is here.  If you believe in ancient astronaut theory, perhaps our combined genes have seriously run amok.  Regardless, there are other issues not getting as much air time.

The largest aging group in the United States are the “baby boomers.”  And there is a 50 percent chance that children and teenagers in developed countries will live past 100.  It seems people with high levels of education and income are much more likely to live that long.  While life expectancy inequality is on the decline in most of the world, it has increased since 2001 in the US.  The challenges of rising economic inequality already posing challenges in developed countries is just going to get more challenging as people live longer and longer.  Neither potential leader in this presidential race has spoken to this issue even though one is 70 years old and the other is 68 years old.  I guess they are not worried, being wealthy, and at least one appears well educated.  Then there’s the problem of voter fraud.

Some people are suggesting we should be able to vote on the internet (until the FBI told officials in two states that their databases were comprised by foreign hackers).  So, it is possible for foreign governments to influence the November elections.  According to leading experts in the field, New Jersey would be an easy target.  Other states have adopted a paper back-up system.  But NJ uses touch-screens so that results only exist in computer memory.  An experiment using voting machines that had be phased out, students and their professor found there was a lock on the central processor but a student was able to break in, in about seven seconds.  So much for tamper-proof systems of seals and locks.  Once in, a computer can be programmed to give votes to a specific candidate. Laptop computers, used to aggregate results are supposed to be sealed off from the internet.  However, when checked, it was found on some that people had been browsing internet shopping sites on the computer.  The only solution that would assure legitimacy is the creation of a paper trail but many dismiss the threat of voter fraud.  Another problem are mail-in ballots which are not necessarily secret because another person could look at the ballot before it’s put in the envelope.  There is also something called “granny farming” where people volunteer at senior centers and nursing homes to help clients with their ballots.  In-person voting with a paper trail is the only solution, even if it is cumbersome.

So what about an encounter with a third kind?  There are more than the two candidates we keep hearing about and seeing.  Voter fraud aside, maybe there is a better choice.  If you google independent candidates you will fill Gary Johnson, former governor of New Mexico as the 2016 Libertarian Presidential Nominee.  He has a track record of success in both the private and public sector.  While fiscally conservative, he is a socially liberal former construction company owner who is seeking to elevate the Libertarian Party to major party status in this election.  He is younger than either major party candidate, is not a part of the “old guard,” and is a businessman with real experience in government.  Maybe it’s time to give in to the visions some of us must be having.  Follow the trail.  Enter the spaceship.  It might be a refreshing surprise and better than trying to choose between what some say are “the lesser of two evils” where one candidate speaks anything and everything on his mind and the other is more of the same, only beneficial for big business, and possibly devastating for the economy.