“Resistance is Futile” – Are We Becoming One With the Borg? 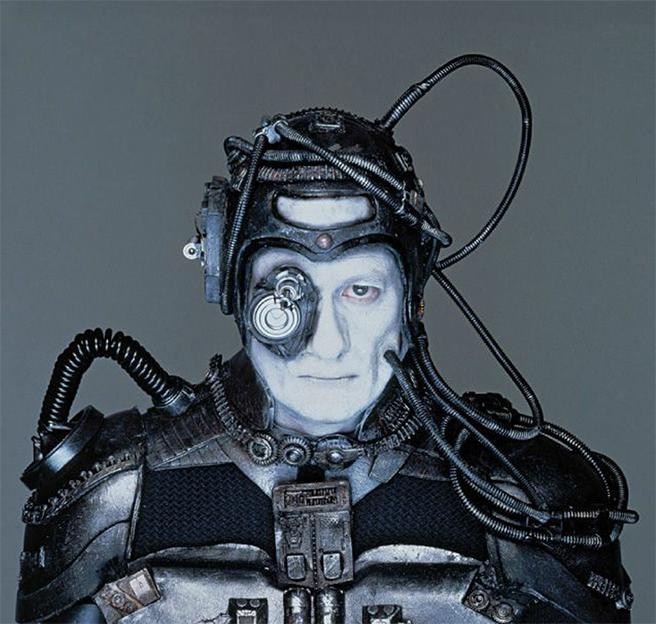 Those of you familiar with the Star Trek franchise know that the Borg are a race that kidnap members of other races, forcing them into their “collective” mind and replacing or adding machine body parts, making them a race of combined living and mechanical parts.  And so it seems that as humans, we are beginning on the road to that journey.

According to the latest news reports, people can have chips inserted under their skin that allows them to lock and unlock their homes as well as control other devices of daily living.  Now, don’t get me wrong.  I am all for GPS chips that can track a loved one should they become lost or disoriented (i.e. people with dementia or Alzheimer’s).  At least these chips provide a level of comfort for those who provide caretaking to their loved ones or pay for care taking services at various facilities.  However, respected authors of science fiction have long warned of humankind either being taken over by artificial intelligence (AI) which is a whole other story, or falling prey to artificial enhancements of the human body not necessitated by medical conditions (such as a pacemaker or artificial heart).   No, we’re talking about enhancements of convenience.

The comic strip character Detective Dick Tracy, spoke into his wristwatch (quite a revelation when computers filled up entire rooms), the stuff of fantasy.  Pretty soon we will see people talking to their “naked” wrists.  It was unsettling to see or hear people talking to themselves until society got used to people talking on Bluetooth devices (of course, people forget other people can hear them and the volume of their voices becomes a whole courtesy thing and a whole other topic of discussion).  But, at the same time, boom boxes were more annoying.  Now we have headsets (i.e. ear buds) for listening to music.

So let’s examine the potential benefits and drawbacks of as well as the motivation behind these chips.  Inventions have always been motivated by the desire to make daily living easier – hence, the development of electric stoves, electric lights, washing machines, clothes dryers, microwaves and the list could go on and on.  But when does “convenience” go over the top?  It has already been shown that self-driving cars are hardly infallible and can be hacked into.  We convenience is nice.  But how much control do we want contained “inside” our bodies? We know hackers can get into anything.  Do we want our bodies to become controllable by others?  Would we even know when this was happening?  Are we creating a society that will never need to leave their dwellings? Or, for that matter even our bodies as we know them?  We will control our homes without getting up, entertain ourselves through virtual reality, and work long distance.  We already “socialize” by texting the person sitting next to us.  We constantly check our smart phones at the dinner table as well as others places where it should be considered rude to do so.

Are we wandering into the nightmare predictions of so-called science fiction? Is resistance futile?