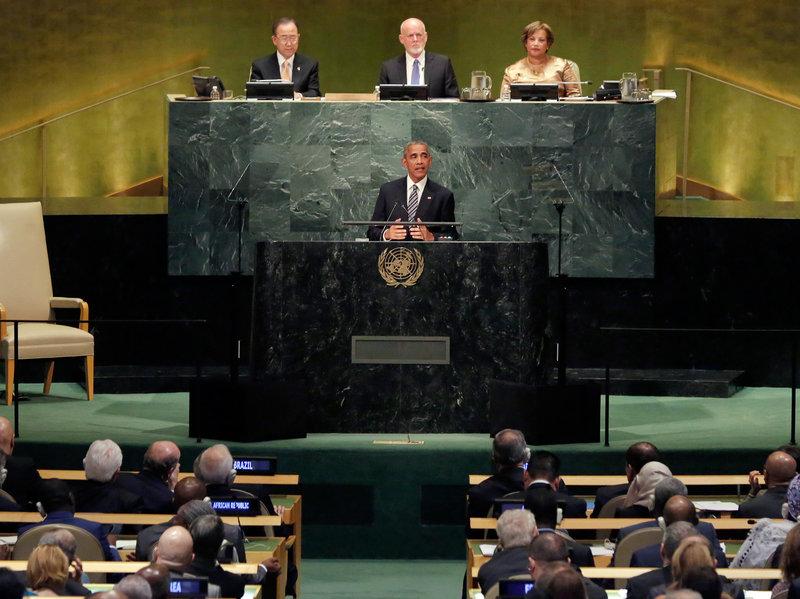 This morning President Obama gave his final speech before the UN General Assembly.  The President spoke about some of his administration’s biggest foreign policy initiatives including:

The President spoke a day after the cease-fire brokered by the US and Russia collapsed, partly because of an accidental strike by a US led coalition aircraft.  On Monday, an aid convoy in Syria was attacked from the air.  Despite this, Obama defended elements of his administration’s approach to the war in Syria.  The same points were made by the US ambassador to the UN, Samantha Power who stated that Obama’s administration is pursuing the dual motives of “targeting terrorists and making sure that the starving and surrendering techniques end.”  Obama’s overall approach to foreign policy has been characterized by his high regard for diplomacy.

President Obama made the following points during his speech: