Obama at the UNGA for the World Body 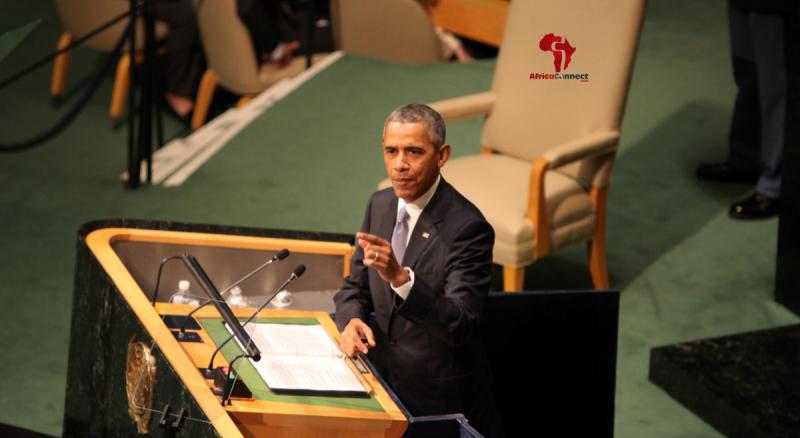 This morning, the President of the United States of America, Barack Obama, delivered his penultimate address to the United Nations General Assembly. This address was presented within twenty four hours of President Obama’s speech at the end of the three day summit to adopt the 17 Sustainable Development Goals (the Global Goals).

While speaking at the summit, the President called for greater international cooperation to tackle problems that affect the world’s most vulnerable. “Billions of our fellow human beings are at risk of dying from diseases that we know how to prevent,” Mr. Obama said. “Many children are just one mosquito bite away from death. And that is a moral outrage.” He indicated that he would move to add funding to Pepfar, for President’s Emergency Plan for AIDS Relief. The effort is valiant but experts caution two things – the fund is still far too small to help of those afflicted with the virus and since the U S Congress must approve the funds, there is no guarantee that will occur, given the climate in the US Capitol.

The President still has many supporters in the USA with his focus on assisting the world’s refugees and working towards climate change. He has demonstrated that he will stand up to pressure when it comes to the negotiations with Iran on a nuclear pact. He also understands that despite the desire to do so by some in this country, the USA cannot stand on the sidelines and work in isolation.

During his address this morning to a packed General Assembly Hall, Mr. Obama laid out the goal of the United Nations. For the last 70 years it has, in the President’s mind, helped to prevent a third world war. Yet the UN has fallen short at times, but the President believes it has also evolved by developing new norms, rules and structures to make it indispensable in maintaining peace.

Currently, the President points out, many of the world’s poorest and most vulnerable have been lifted from poverty. At the same time, the world body has worked hard to keep the smaller nations to be swallowed up by the larger more powerful ones.

Yet even with all of these positive efforts and successes, there is a series of failures as well. The world has a variety of problems to deal with including terrorism, the collapse of states, the use of ICT to both enslave the innocent, recruit terrorists, and to rob fortunes and property. Of course the inequality still needs to be tackled completely.

In the course of his review of the contemporary situation, President Obama declared that there are those that want to return to the “old days.” He was very much aware of this movement to turn back: “There are those who argue that the ideals enshrined in the U.N. charter are unachievable or out of date -- a legacy of a postwar era not suited to our own. Effectively, they argue for a return to the rules that applied for most of human history and that pre-date this institution: the belief that power is a zero-sum game; that might makes right.”

The move to impose an order by force in the world today is unmistakable. Mr. Obama observes that order is now imposed by force without negotiation. International law is ignored, civil society and human rights are restricted. All of these are justified to fight disorder and terrorism. Unfortunately, he sees greater racism, sectarianism, tribalism and yes - anti Semitism.

In the modern world, no nation can isolate itself totally from others. The world is integrated on many levels and those seeking to go back to the old ways will fail in their efforts. Working together will ensure that the problems we have can be tackled successfully and we must know that military action, alone, cannot do that. At the same time the President stated: "You can jail your opponents, but you can’t imprison ideas. You can try to control access to information, but you cannot turn a lie into truth."

The level of a nation’s ultimate success will be measured by its citizens. If they are not successful then the nation will be weak, no matter how much territory they hold or how many minerals they can extract.

The President then listed some specific examples of current world issues including the P5 + 1 Agreement with Iran. He was clear in its importance in finally having all the worlds’ powers sign the Nuclear Non – Proliferation Treaty.

Ukraine, Syria and Libya have proved to be difficult to calm and pacify. The United States can work with international, regional and local partners to create solutions for these conflicts, but, the President made it clear that we cannot go back to the prewar structure for those nations.

At the same time the USA must work to eliminate what Mr. Obama calls “the apocalyptic cult like ISIL.” He believes that in order for this to occur, Muslims must reject its “poisonous philosophy while also calling for non-Muslims to reject the fallacy of believing that being a Muslim means that you accept or support terror.

As far as positives, President Obama addressed the opening with Cuba, describing it as the first movement to change a policy that was not working for the people of the Caribbean island. There is still a long road ahead but Mr. Obama feels that the USA is on the right track. Likewise, he stated clearly that he will offer American military technology and personnel to reinforce the “Blue Helmets” – United Nations Peacekeeping.

As his term in office nears the end, the President is optimistic. He believes civil society can work towards goals that governments cannot. This includes integrating the Global Goals for greater sustainability and ensuring that more girls have access to quality education.

President Obama knows that we can develop national pride without demonizing others. If people can be taught to hate and fear, they can also be taught to hope. 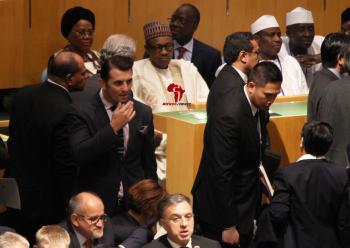 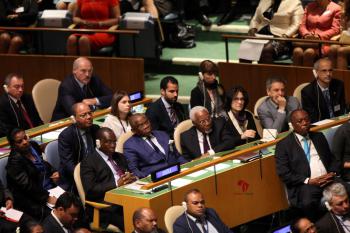 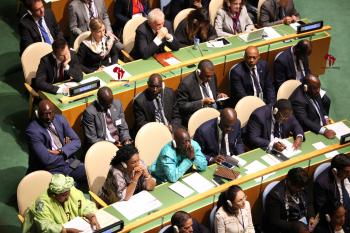