The Nigerian army said on Monday it had arrested members of a militant group which has claimed responsibility for wave of attacks on pipelines in the restive Delta region.

The detainees were believed to be part of the Niger Delta Avengers, a movement blamed for assaults on oil infrastructure that have helped cut Nigeria’s output to 1.65 million barrels a day from 2.2 million at the start of the year. Avengers, who say they are fighting for a greater share of oil profits, an end to pollution and independence for the swampy southern region, last week warned oil firms to leave before the end of the month. 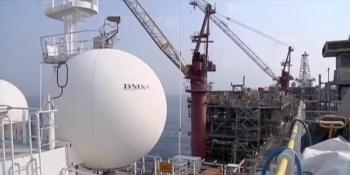 “This is to confirm the arrest of some suspected members of Niger Delta Avengers in connection with attacks on Chevron oil facilities,” army spokesman Rabe Abubakar said. He did not say how many were detained or when they were arrested.

Nigeria has moved in army reinforcements to hunt the militants but British Foreign Minister Philip Hammond said on Saturday President Muhammadu Buhari needed to the deal with the root causes of the conflict because a military confrontation could end in “disaster”.

Crude sales from the Delta account for 70 percent of national income in Africa’s biggest economy but residents, some of whom sympathize with the militants, have long complained of poverty.

Buhari has extended an amnesty deal signed with militants in 2009 that stepped up funding for the region. But he has cut funding for the deal and canceled contracts to former militants to protect the pipelines they used to attack.