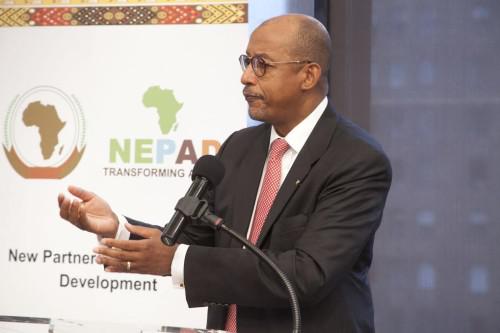 The African Union was formed in 2002 to continue the work of the Organization of African Unity. The organization represents 54 of 55 African nations in efforts to integrate the interests and to ensure the sovereignty of member countries. This effort is extended to promote stability and development. As the Millennium Development Goals reach their endpoint next year, the initiatives that were created to achieve these goals will not reach the full measure of success that were expected. As a result, the African Union has undertaken an effort to press ahead with reaching a modicum of success for Africa with respect to the MDG’s. The New Partnership for African Development (NEPAD) will attempt to continue with efforts to provide support to meet the following:

In order to maximize their efforts, NEPAD has six divisions:

During the recent United Nations General Assembly, the NEPAD Agency sponsored a series of events to inform and update both the diplomatic community about the work of its component divisions. With the United Nations focused at the start of its annual meeting on climate change, NEPAD sponsored a panel discussion on climate sustainable agriculture through its Comprehensive Africa Agriculture Development Program (CAADP).

In addition, two other events were presented to inform and educate both the diplomatic community and the media on the efforts to improve life for Africans especially woman and young people. These efforts are especially significant because:

In the coming weeks, detailed articles in this series will focus on the major initiatives promulgated by NEPAD. Through this series, readers will be able to judge the effectiveness of these efforts as we approach the next stage of development benchmarks, the AGENDA 2063. The direction for these programs is to integrate the energy and talent of the Diaspora in the future improvement of life on the continent.