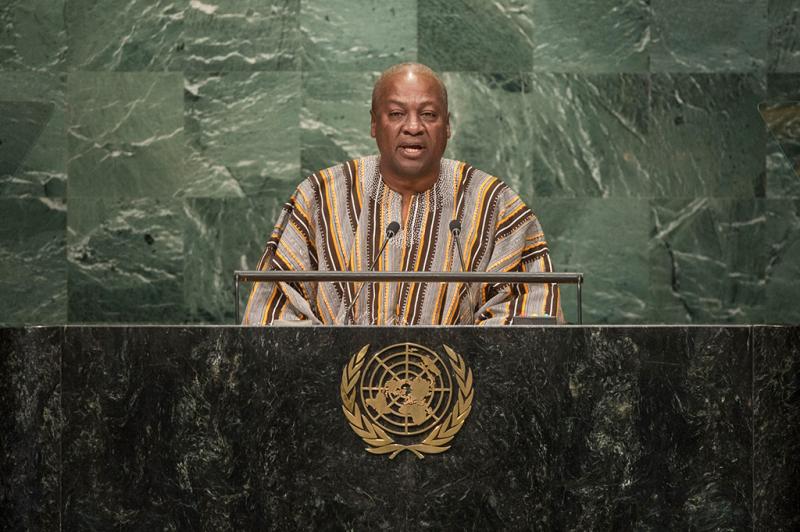 “Africa does not need your sympathy or overseas development assistance…Africa needs a fair chance to trade with the rest of the world and amongst ourselves.  The progress towards the creation of a Continental Free Trade Area (CFTA) is commendable and must be fast tracked.”

Africa is a continent of 54 countries at different stages of progress and development.  It has the potential to be the next continent on the rise.  Democracy is not a one fits all system according to President Mahama.

“The mistake with Africa is that we are seen as a homogenous unit and treated as such, not taking cognizance that we are a whole continent with different aspirations, cultures, democracies and economic development.”

The President recently took the initiative to allow citizens of other African countries traveling to Ghana to obtain visas upon arrival.  He feels this would stimulate trade and investment if it were implemented across the continent.  Ghana is a part of Africa’s success story as the “model of democracy” or the “beacon of democracy” in the region.  Since the adoption of the 1992 Constitution, successive elections has established Ghana’s democratic credentials in the world.  A strict two term limit for the presidency guarantees a new person in charge every eight years.  Ghana has an extremely strong independent media with hundreds of newspapers and radio stations.

Ghana’s gross domestic product (GDP) has grown at about six percent during the last ten years.  Ghana is expecting a respectable eight percent annual GDP growth from next year with the structural reforms undertaken in collaboration with partners and new developments in offshore oil and gas products.  Ghana has begun to work in earnest toward the targets of the Sustainable Development Goals (SDGs) to ensure that the policies and measures fall in line with the 40 year development plan the country is formulating.  President Mahama has also signed the Paris Agreement on climate change.  He did call for more equitable representation of Africa in the permanent and non-permanent category of the Council as Africa accounts for one third of the UN membership and almost two thirds of the work of the UN Security Council.