Frontier Law: Back to the Future, Again 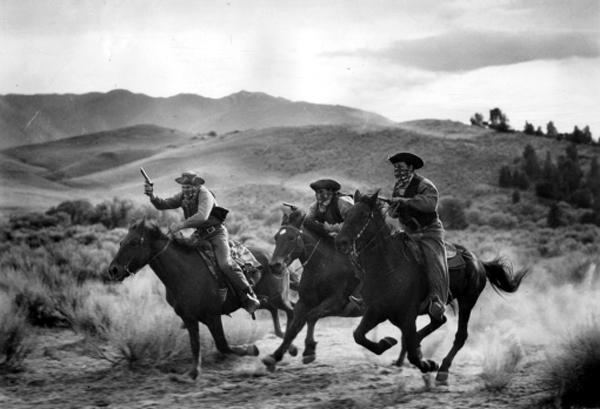 The Westward Movement in America as colonists fanned out from the coastal settlements saw the establishment of homesteads and the development of towns that sprung up around them to provide services to the townspeople. Most towns had the church as its center, a blacksmith, an apothecary, a barber (who also pulled teeth and gave out medicinal tonics), and later as development continued, a general store, stage coach travel, postal and telegraph service as well as a one room schoolhouse. There were those who worked hard, toiled and tilled their land, sold or bartered their products. Then there were others who preferred to steal and rob. Of course, there were honest disagreements, dishonest disagreements, and conflicts as it is with human nature. The “law” of the land, as it were, rested in the hands of individuals, how quickly they could draw their gun, and how good a shot they were. Rules governing dishonest and “criminal” behavior developed over time and necessity by town councils that formed to address local issues. Thus rose a need for “enforcement” and the concept of town sheriffs was born and local jailhouses were built. Needless to say, the existence of lawyers and judges weren’t far behind. However, dueling was still an accepted method to settle a dispute or defend one’s honor (which is why Alexander Hamilton, now of Broadway fame, never completed his presidency). A side arm was a normal part of daily wear and instruction on shooting began at a young age for boys. While sheriffs attempted to control lawlessness, it was (excuse the pun) mostly “shooting from the hip.”
Today, we have complicated laws to govern us, and a law system and structure just as complicated and complex to settle simple disputes in small claims court to federal level crimes. Only select groups are legally allowed to carry side arms (such as law enforcement officials) and there is a vetting process to obtain a license or permit for the general public. Of course, it seems to be easier and easier to get around these laws and illegally obtain firepower. There seems to be a rapidly moving de-evolution in process. It is as though the frontier of the Wild West was anything but final. We talk about colonizing Mars (good Lord, shoot-outs with ray guns!) but have reverted to a country of Frontier Law. Only now, the fire arms are sophisticated, multi-round, automatic weapons as well as explosives aimed not at individuals but at masses of people, including women and children. Respect, for either side(s) has been lost. Law Enforcement and individuals are openly attacking each other. The consequences of breaking the law seem to be irrelevant and hardly a determent. The “purpose” or “belief” of either side’s attack rises above all. Chaos seems to be the “rule” of the day. The more attacks that occur, the more and more frequent attacks seem to become, as though “permission” has been given for this chaos.
Can we stop it? Do we know how to stop it? Can these questions even be answered?
What do you think?