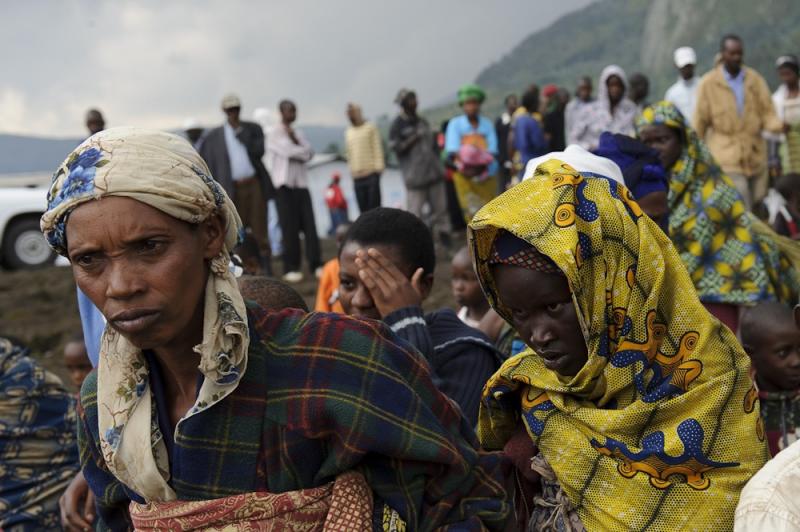 The war in Democratic Republic of Congo officially ended in July 2003, when the Transitional Government took power, however statistics indicate that the war and its aftermath caused 5.4 Million deaths, through disease and starvation. This report made the Second Congo War the deadliest conflict worldwide since World War II and yet there is still serious instability, political upheaval, poverty and youth unemployment in DRC since then.

The people die in droves as the war over raw materials there kills an estimated 10,000 civilians a month. The most traumatic for the people of DRC is war rape a perfect weapon, which destroys the victims physically and entire communities as well. War, violence, and instability have ravaged the DRC for decades, and has created a culture of violence that often takes sexual form.

Human Rights Watch reports that the crisis in Congo gets worse even as the government of the Democratic Republic of Congo selfishly puts its own short-term interests over the well-being of the Congolese people. The government of Congo has refuted all United Nations-led initiative to raise $1.7 Billion for emergency assistance to over 13 Million people in Congo who were affected by recent violence. And they also continue to deny that there’s a humanitarian crisis in DRC, in an attempt to attract foreign investment to enrich the political elite and avoid international scrutiny.

At least Six Million Congolese who have died from conflict-related causes in the past years, and some 4.5 Million Congolese are displaced from their homes, and have fled into Uganda, Angola, Tanzania, and Zambia in recent months.

It is disheartening that a country like Congo, which is Africa’s biggest copper producer and the world’s largest source of Cobalt–which has tripled in value in the past 18 months because of the demand for electric cars, can have its citizens going through hell and abject poverty. The level of corruption is high and financial resources are spread within a limited few. However, the focus of this story is on the incessant rape of women and children by rebels and hoodlums who kidnap them in broad daylight for ransoms or even permanently.

For the average woman in Congo who has been kidnapped and raped, death is better because you either die in the hands of the kidnappers who rape them morning. Noon and night. Or face serious discrimination, stigmatization and sometimes abandonment by your family when you come out because they cannot face the shame.

And the government of DRC does nothing to quell these spates of violence or arrest the perpetrators of those crimes of rape and kidnapping.

Watch some of these videos via the links and get acquainted with the woeful stories of some of these women and what is happening in Congo.