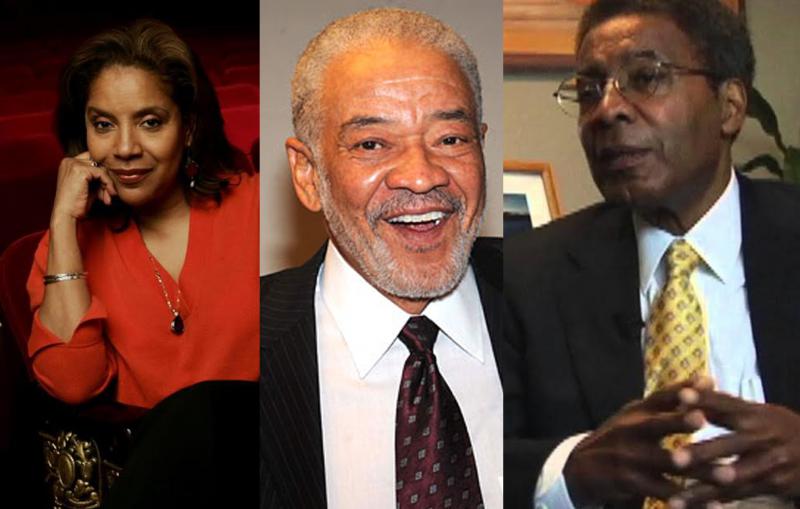 WASHINGTON—The Congressional Black Caucus Foundation, Incorporated (CBCF) and the Congressional Black Caucus (CBC) Spouses will recognize the contributions of three icons in the arts during its Celebration of Leadership in the Fine Arts. This year’s honorees are Phylicia Rashad, Bill Withers and Dr. Alvin Poussaint. Angela Rye, the founder and director of Impact Strategies, will serve as the mistress of ceremonies. The event will be held on Wednesday, Sept. 24, 2014 at 8 p.m. at the Newseum in Washington D.C.

“Any discussion about African-American history and culture must include African-American artists,” said A. Shuanise Washington, the president and CEO of the CBCF. “Through the Celebration of Leadership in the Fine Arts, the CBCF and the CBC Spouses pay homage to those whose creative bodies of work convey the rich and diverse African-American experience. CBCF is proud to support the next generation of great artists with scholarships to pursue their education and hone their crafts.”

“The CBC Spouses are honored to recognize the outstanding artistic and literary contributions of this year’s honorees and are especially pleased that proceeds from this event will go toward providing scholarships for young emerging talent,” said event chair Dr. Maya Rockeymoore Cummings. “We must support a new generation on their journey so that we can uphold the long legacy of African-American artistic excellence.”

Bill Withers is a legendary singer-songwriter with a music career that spans more than four decades. Between the 1970s and 1980s, he won “Song of the Year” Grammys for “Ain’t No Sunshine,” “Just the Two of Us” and “Lean on Me.” His songs have been covered by numerous artists across various genres of music, including Michael Jackson, Barbra Streisand, Gladys Knight, Michael Bolton, John Legend and Jill Scott. In 2005, Withers was inducted into the Songwriters Hall of Fame.

Alvin Poussaint, M.D. is a psychiatrist and professor of psychiatry at the Harvard Medical School in Boston. Dr. Poussaint has written more than 100 articles and professional publications, including “Why Blacks Kill Blacks,” and “Come on, People,” a book he co-wrote with Bill Cosby. He was a script consultant to NBC’s “The Cosby Show” and “A Different World” and continues to advocate for responsible programming. Dr. Poussaint attended Columbia and earned his doctor of medicine from Cornell in 1960. He received postgraduate training at UCLA.

ABOUT CBCF
The Congressional Black Caucus Foundation, Incorporated, established in 1976, is a non-partisan, non-profit, public policy, research and educational institute intended to broaden and elevate the influence of African Americans in the political, legislative and public policy arenas.

The Annual Legislative Conference is one of the largest public policy conferences in the country focused on issues impacting African Americans and black communities around the world. ALC attracts nearly 9,000 attendees each year and features more than 70 issue forums on education, employment, healthcare, economic empowerment, the African Diaspora, cultural events and more.