A Presidential Candidate Predicted 20 Years Ago

Was the rise of one of our presidential candidates predicted 20 years ago? 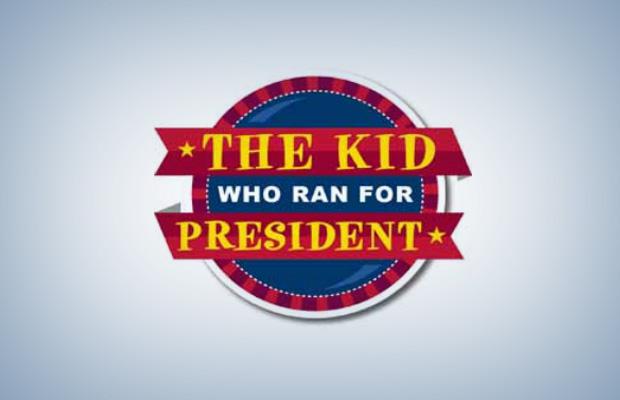 You are probably thinking what an absurd question.  However, just how absurd is it?  A New Jersey author by the name of Dan Gutman, wrote a children’s book about a “fast-talking joker who campaigns for president on a platform of absurd promises.”  Sound familiar?  The book, written in 1996 was called “The Kid Who Ran for President.”  The book is written on a fifth grade level and stars Judson Moon.  His candidacy ignites when he pledges to abolish homework, gaining the support of an often overlooked constituency with very suggestible parents.  An excerpt from the book sounds like it came from a fortune teller:

I have a question for the grown-ups of America…Are you out of your minds?  Are you expecting me to enforce the Constitution?  I never even read it.  I was absent from school that day…America must be in really bad shape if you elected me as president.”

Does this passage not say it all?  Perhaps one particular candidate read this book as a child and now uses it as his play book.  It’s often said you can’t make up stuff like this.  But evidently you can.

So, what would have to happen if the GOP could repeat the nomination process?  First of all, the present candidate would have to leave the race and right now there are no signs of quitting.  Then the convention delegates would have to assemble for a second time.  This would require them to just start over.  GOP Rule 9 gives the national committee the authority to “fill any and all vacancies which may occur by reason of death, declination, or otherwise…”  Right now there are no vacancies. Most of the delegates would no longer be pledged to a candidate as this technically would be the second ballot meaning no candidate can claim in advance to a substantial number of votes.  Next, the name of the new candidate would have to be put on the ballot of all 50 states and the District of Columbia before the state’s individual deadlines.  Judges have traditionally allowed substitutions even after ballot deadlines.  They can order states to reprint ballots or rule that a vote for the former candidate will go to the new one.  So, what are some of the reasons the GOP should select a new candidate?  One of the most alarming is reckless rhetoric:

Does America want a person who invites assassination or something similar?  Does America want a person who doesn’t understand the meaning of words and how they can affect events and perceptions?  Is this candidate just reckless and careless?  Does he not care about the consequences of his impulsive comments as long as he has the attention of the media? Should this person be in the running to become a potential president?  Fifty foreign policy experts who worked for Republican presidents announced they can’t vote for this candidate stating “We are convinced that in the Oval Office he would be the most reckless president in American history.”

By the way, Judson does get elected but does not take office because he’s disgusted with the electorate.  But in the sequel Judson changes his mind and takes office and almost starts a war.